One-Stop Mold Making Supplies for All Your Project Needs

CNC Machining Is Great To Meet A Range Of Workpiece Which Can Cover Mold/Tooling Design Of Your Product Development Needs. Here Are Some Of The Benefits Of Precision Machining: 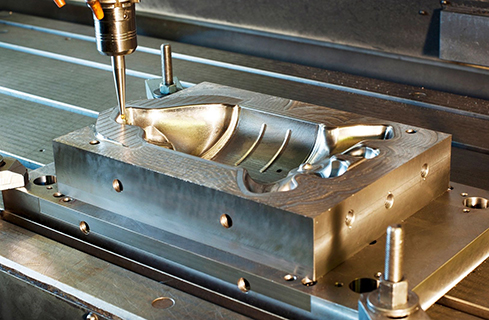 The cost of our precision CNC machined molds is very competitive for short run and prototype applications. Our process is very fast, affordable, and uses the correct materials expected in the final production component. Our pricing and delivery times are very attractive. This allows our customers to bring their products to market faster and at a lower cost, and more importantly, it gives customers in rapidly changing markets more time and flexibility to make production decisions based on market demand Tooling and engineering changes.

EDM stands for electrical discharge machining; the applications best suited for this metal removal process are characterized by highly exacting tolerances and situations that would be extremely difficult or impossible to handle with any other machining method.

An Overview Of EDM

In 1943, Soviet scientists B. Lazarenko and N. Lazarenko had the idea of exploiting the destructive effect of an electrical discharge and developing a controlled process for machining materials that are conductors of electricity.

With that idea, the EDM process was born. The Lazarenkos perfected the electrical discharge process, which consisted of a succession of discharges made to take place between two conductors separated from each other by a film of non-conducting liquid, called a dielectric.

The Lazarenkos achieved immortality with this circuit, which today bears their name. Today, many EDMs use an advanced version of the Lazarenko circuit. 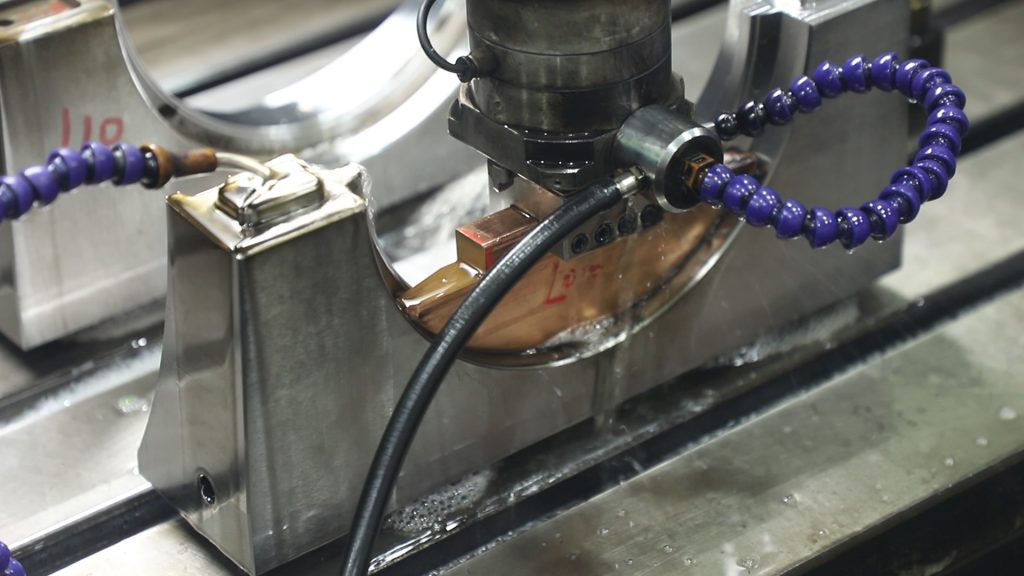 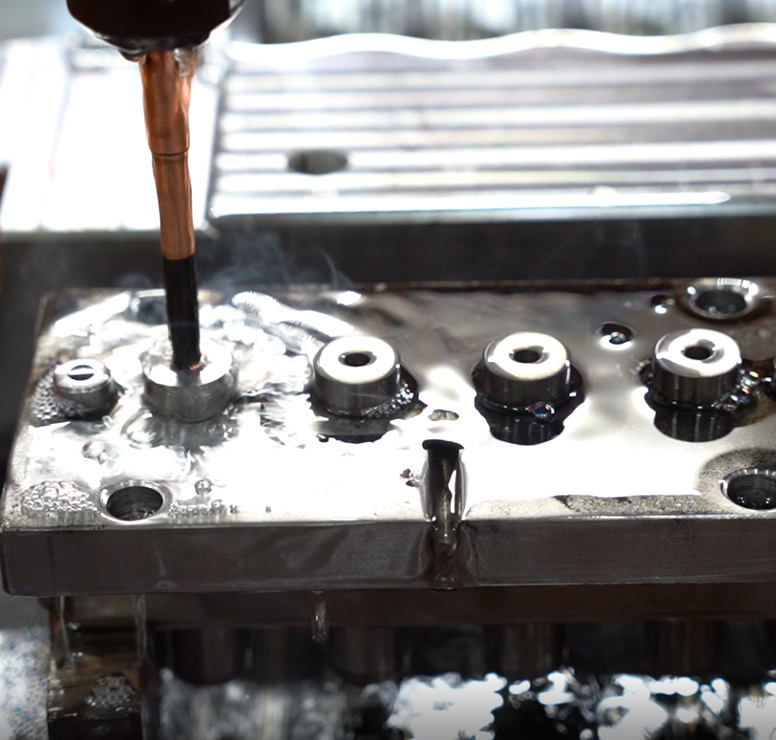 There are a series of non-stationary, timed electrical pulses to remove material from a workpiece during the EDM process. The electrode and the workpiece are held by the machine tool, containing the dielectric.

A power supply controls the timing and intensity of the electrical charges and the movement of the electrode about the workpiece.A discharge is initiated at the spot where the electric field is most vital.

Under the effect of this field, electrons and positive free ions are accelerated to high velocities and rapidly form an ionized channel that conducts electricity.

At this stage, the current can flow, and the spark forms between the electrode and workpiece, causing many collisions between the particles. During this process, a gas bubble develops, and its pressure rises very steadily until a plasma zone is formed.

The plasma zone quickly reaches very high temperatures, in the region of 8,000 to 12,000′ Centigrade, due to the effect of the ever-increasing number of collisions, which causes instantaneous local melting of a certain amount of the material at the surface of the two conductors.

When the current is cut off, the sudden reduction in temperature causes the bubble to implode, which projects the melted material away from the workpiece, leaving a tiny crater.

The eroded material then resolidifies in the dielectric in small spheres and is removed by the dielectric. All this without the electrode ever touching the workpiece.

Making EDM a no-contact machining process allows you to achieve tighter tolerances and better finishes in a wide range of materials that are otherwise difficult or impossible to machine with traditional processes.

Design for Manufacturability (DFM), or more specifically analysis of a part design for its suitability to being injection molded, is performed to achieve the following:

RJC performs a manufacturability analysis on each injection molding project.

Upon receiving a quote request and an appropriate 3D design file, we will perform an initial analysis to ensure that the requested component is an appropriate candidate for injection molding.

Our objective is to produce the component closest to the original design intent. However, modifications are needed to accommodate the fundamental requirements of good injection molding practice in some instances.

In these cases, we discuss with clients suggested improvements to the design or measures we may need to take in the production process before initiating the mold production process to save our customers by minimizing tooling costs and design changes upfront and reducing overall project time.

To learn tips for designing for the injection molding process, please download our Design for Manufacturability ebook below. If you have questions regarding current or future projects, please contact RJC any time.

Our Advantages of Mold Making Services

RJC is an experienced provider of mold making services with lots to offer beyond our competitors:

1. Fast DFM reports
Although we check your design feasibility when providing a quote, we can provide a fast and thorough DFM (design for manufacturability) report before production begins. In the DFM report, we’ll identify any errors or issues that might cause a manufacturing problem down the line.

2. Wide range of molds
We offer several different types of molds, which means you can avoid splitting your projects; just send everything to us to ensure your project runs smoothly.

3. Fast Turnaround
Our large facility and machining capabilities allow us to build molds quickly, whatever the application or material, which means you can get your moldings completed faster.

4. Molding Capabilities
RJC can ship your molds to you directly, but we can also handle injection molding and other production services to deliver you prototypes and final parts using those molds.

Types of Molds We are Offering

Plastic injection molding are aluminum or steel molds used to make parts from a wide range of plastics, including nylons, acrylics, elastomers and reinforced materials like glass-filled polyamide. Custom plastic molds can last between 100,000 and 1,000,000 shots.

Unlike many prototyping specialists, we can provide metal casting molds (and a low-volume casting service through our partners). These molds — typically made from hardened steel — can be used to make parts from aluminum, zinc, magnesium and other non-ferrous metals.

Our metal die molds can be used for aluminum extrusions of alloys like 6061 and 6063. We also make molds for plastic extrusions of materials like polystyrene, nylon, polypropylene and polythene.